Yesterday was an extremely busy day for me. I spent most of the day relaxing after an exciting win over the Miami Redhawks. Around 2 o’clock my boss called and said there was a huge barn fire not to far from me. I gather my gear jumped into the car and was off looking for the barn fire. When I got to the destination the barn most burned to the ground and the fireman spent most of the time trying to get the flames and the smoke to die down. I fired off a few shots there then it was off to shoot #9 Notre Dame vs. Bowling Green Falcons hockey.

I got to the arena about 30 minutes before the game started and imeditaly got to work since Notre Dame is #9 in the country I got head shots of all of the players and some actions shots of them as well. I then worked on getting some different feature shots. 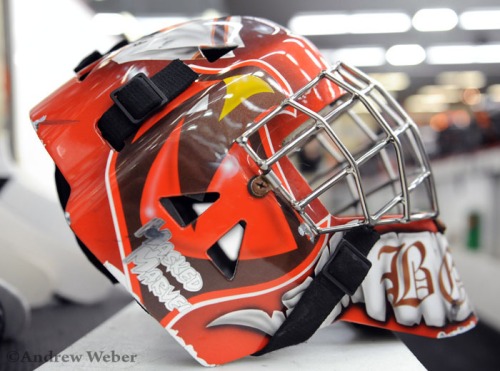 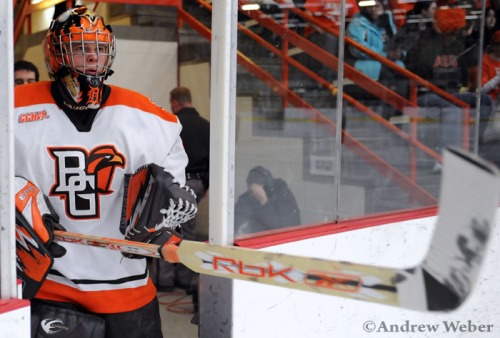 The game got started and you could tell right away Bowling Green hated Notre Dame there was lot of hard checking and hitting and one huge fight i missed because I was walking from one spot to another, I was so pissed. I was happy with the next shot because the Notre Dame player got kneed right in the raw and he was down for a few minutes.

Then a Notre Dame player punched a Bowling Green player right in the chin. 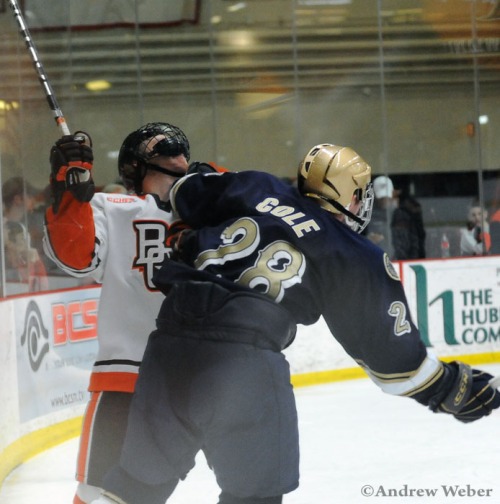 There was this really hard check that had to hurt but I guess not since the guy skated away.

I would have been a better shot if there wasn’t a damn reflection from the glass. They just need to realize that its time to cut holes for the photographers.

I then spent some time getting individual shots of players for future use.

Bowling Green got their asses handed to them. What did you expect!